Now that I’ve shared some of the preparations for my journey, I believe it is time to reveal more about the civilization that I am actually exploring. I am planning a series of in-depth posts about the species that inhabit Planet Thror, their appearance, their cultures, food preferences, traditional costumes, art and languages.

Today’s transmission is all about the Stratinites, an ancient culture that inhabited Thror for centuries and left behind a wealth of mysterious subterranean chambers, beautiful art and some very dramatic historical records. But today we will not be talking about revolutions, brutal assassinations, and horribly disfigured corpses.

This post is about hair, or lack thereof. Instead of hair, the Stratinites had something similar to the cerata of Earthian sea slugs or the external gill rami and filaments of axolotls. The cerata of the Stratinites were just as vibrantly colored and sometimes phosphorescent and they could also absorb oxygen and nutrients from air and water.

As the Stratinites were much larger than our sea slugs (just taller than the average modern human), their cerata were far longer and more powerful and could operate on land as well as underwater.

Fragile and vulnerable, but also beautiful and surprisingly agile, Stratinite cerata were equally a source of vanity and anxiety. They could change color in moments of danger or strong emotion, much as a human face can grow pale or blush. As cerata are much thicker and more sensitive than human hair, Stratinites avoided sharp or constricting ornaments, preferring loose styles and light but bold details.

Much thought and effort was lavished on protecting one’s cerata. The Military (left) even wore specially designed armor - each ceras was individually plated with flexible tubes of impenetrable Bjornium metal. The Tunnellers (right) who worked in harsh conditions, digging tunnels and passageways in the planet’s frozen core protected their cerata from flying shards of rock and sub-zero temperatures with thick leather “head aprons.”

Some of the busier Stratinites, like Treasurers and Scientists, found innovative and practical uses for their muscular cerata. The cerata of the Treasurer below seem as delicate as those of the sea slug beside him, but they are dexterous enough to hold on to his most precious and secret keys at all times. He never has to let them out of his sight (or head).

This Scientist has cleverly woven nose plugs into his front cerata, always ready to block out a poisonous or foul-smelling chemical. On Thror, it’s always best to prepared for a poisonous gas attack.

The length, color and condition of one’s cerata are also a mark of status. The higher up a Stratinite is and the less he is exposed to danger and hard manual labor, the more he can allow his cerata to grow long and flow freely. The Grand Vizier (below) takes great pride in the sophisticated blue-rose hue of his fine, floor-length cerata. They are almost translucent like those of this gorgeous sea slug beside him and every bit as decorative. Of course he can’t get far trailing those around after him.

Come back next week to find out more about Throrian fashions and the unconventional native materials they use. You never know when you may be summoned to a Grand Council meeting only to find that your ceremonial robes are all out of fashion.

How to Be a Stardigger Part 2

I am very pleased to announce that  the flying lizard colony clogging up my satellite dish has been safely and successfully relocated. The eggs are just beginning to hatch and watching newborn Throrian lizards learning to fly is a nerve-wracking and heart-warming experience at the same time. We are all confident they will acquire the necessary skills in the end and will shorty be attacking our field lunches with great acrobatic vigor.

This development also means that I can now bring you Part 2 of my transmission on stardigging tools! If you missed Part 1, you can catch up right here: PART 1

I hope you have enjoyed this two-part presentation on my essential stardigging tools. What tools, equipment, or important personal possessions would you bring with you if you were preparing for a dig in outer space? Let me know in the comments below!


Posted by Katherine Blakeney at 10:48 No comments: 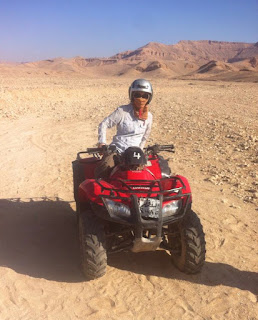